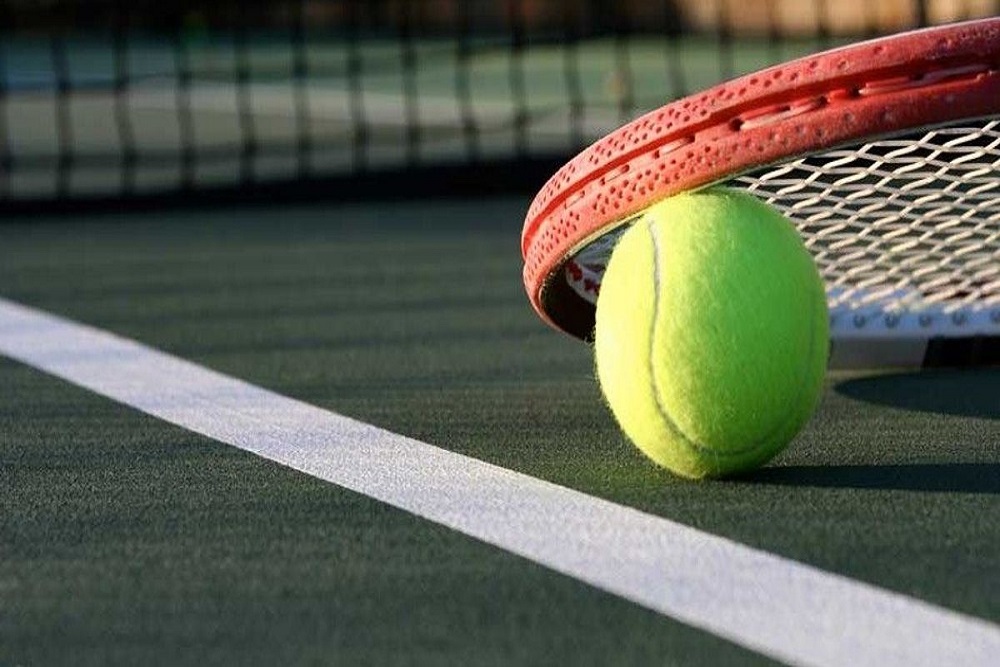 For Marceline Redick, '20, playing tennis for four years at Albion College, studying abroad in France and focusing on a double major has allowed her to learn about the world and herself.

"It just really teaches you to be self-confident and realize that you do have the capacity and the capability to do things," she said. "Getting out of your comfort zone teaches you so much about yourself. There's no other way to learn that."

A native of San Marcos, Calif., Redick was attracted to Albion's study abroad experience that could help her further her education. She then continued on the path as a Brit declaring herself an accounting and French double major and receiving the French-American Chamber of Commerce, Michigan French Business Scholarship for study at the Université Stendhal-Grenoble during the 2019 fall semester.

"I picked the Grenoble program because it was a direct Albion program," said Redick, the only senior on Albion's tennis team. "It had a home stay involved in it. I heard very good things about the program or similar programs. I said, 'It's great and it's in Grenoble and I've never been there before, which is a little daunting. The idea that I was somewhere new and kind of a different vibe really attracted me to that."

As well, Redick worked as an accounting intern in La Jolla during the summer while keeping her on track to graduate in four years.

"Working in La Jolla was fantastic," she said. "It was just amazing, like that was really just a fun summer default because I got to intern and work full time.  And I had a lot of fun with that and traveling a bit too, and then I got to study abroad.".

While studying abroad was impactful on its own, it is another to add on a secondary factor of studying abroad while learning a new language. But that is exactly what Redick did as she traveled to France to learn French.

"You can only prepare so much, I think, especially when you are going to learn a different language," she said. That in itself is very daunting 'But until you are there and you are thrown into it and you are not given the option of leaving, you have to survive and you have to figure it out. You either sink or you swim."

Redick explained what it is like to study abroad and the passion it brought for her education as well as her career.

"It's kind of like guessing, but I think that's the point of a study abroad is that you want to be in an uncomfortable position at least once a day," she said. "Because if you're not pushed out of your comfort zone than what's the point of studying off campus? It really makes you think about yourself, it makes you think about the way you do things especially when you are forced to do it a different way."

Through Redick's experiences, her ability to think in different ways has changed  her and allowed her to be more aware, more open-minded and with a different perspective on life.

Redick said her favorite experience abroad was her host family, which she calls her "second family." She explains that her relationship with her host family was very dear and sentimental to her as she lived with them throughout her time.

Redick said Albion helped her to follow her dreams of having an off-campus experience while still being able to complete her college career and play tennis for four years. Along with her certified public accounting emphasis and French major, Redick is a member of Albion's Prentiss M. Brown Honors Program and is also an Albion College Fellow, having achieved a 3.7 grade point average for three successive semesters..

"I've had some really cool opportunities to help change things," she said. "I do a lot of work in the admissions office and I was able to help make some changes in the tour guiding process, I definitely think Albion has left a bigger impression on me than I could ever leave on the college."

Joe and Julie Serra have given a $5 million leadership gift to launch a fundraising initiative to make two dreams a reality. The first is a newly expanded fitness and student activity facility at the site of the current Dow Recreation and Wellness Center. The second is a new or renovated facility for the volleyball, men's basketball and women's basketball teams that currently call Kresge Gymnasium home.

The College is continuing to raise funds in support of both projects. To learn more, call 517/629-0446 or email advancement@albion.edu.

Original source can be found here.

Want to get notified whenever we write about Albion College Athletics ?

Sign-up Next time we write about Albion College Athletics, we'll email you a link to the story. You may edit your settings or unsubscribe at any time.